Z. The Province of Trentino, Italy, and Its Journey to Become A Sport Startups Valley 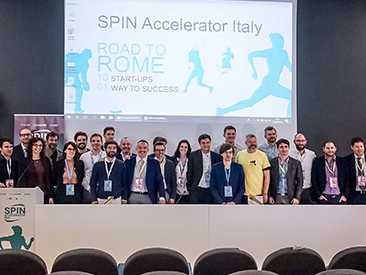 The Province of Trentino is located at the crossroads of Italy, where the Italian-speaking world meets the German-speaking world. But Trentino is also the Italian gateway to the world of sport and innovation. It has the highest concentration of startups in Italy (CERVED & Confindustria, 2017) and has historically been ranked among the top 3 sports regions in Italy according to the “Italian Financial Times” and its Index of Sport (Il Sole 24 Ore, 2007-2018). Let’s have a look at how the Province of Trentino has made it a reality.

The objective of the conference was to develop, through a world-class forum of top-level experts, a shared vision of the social and economic value of sport, as source of inspiration for interdisciplinary research and innovation, in different sectors.

During the conference, on 10 December 2013, the alliance sport-university-innovation was formalised with the signing of the International S-Mart Trentino 2013 Declaration on Sport and University for Innovation, which recognises a new concept of sport as a driving engine for development, research and education.

In this framework, Trentino as a region developed a “Smart Specialisation Strategy” in 2014. This strategy paved the way for a global integration of the vision of sport as a driving force for development, technological innovation and social integration and a transversal vision of innovation, well-being and technology through sport.

Edito : The Beginning of A New Era in Sports

Edito : Sports Incubators and Accelerators: What Are The Opportunities for Cities?

Incubators and accelerators in the spotlight

A snapshot of the Israeli Tech Ecosystem

The SPOT, A Connecting Platform for Sport Incubators & Accelerators Worldwide