‘‘Our main goal is to anchor the principles of gender equality throughout the entire city.’’ nasima razmyar, deputy mayor, city of helsinki

In your opinion, what can cities do to foster girls and women’s sport participation?

Cities have a crucial role in encouraging sport participation among its population, including girls and women.

First, I would like to highlight the importance of the collaboration between the different departments in a city. Indeed, most of the cities rely on the sport services department when it comes to promoting health and physical activity. However, this should be the responsibility of everyone! Whether we are talking about promoting health and well-being to the general population or within a certain group – in our case, women – understanding that a stronger collaboration between the different actors of a city is necessary is the key to success.

Second, I believe that providing good infrastructures that fit with women’s and girls’ needs are of utmost importance to encourage their participation in any kind of physical activity. This also includes the geographical aspect of such infrastructures. The more accessible they are, the better.

Equally important is the financial support cities provide for the development of physical activities. This includes various investments made in building new sports facilities and other spaces for sport practice, as well as their maintenance.

The city of Helsinki is very active in promoting gender equality. Can you share some examples of the projects developed by your city to encourage girls and women’s sport participation?

The city of Helsinki is highly committed to gender balance. Our main goal is to anchor the principles of gender equality throughout the city and act as a role model for the rest of Finland.

In 2017, Helsinki launched a new programme focused on gender equality that involved multiple stakeholders. Part of the programme was to develop strong ties with public institutions, such as schools and kindergartens, with the aim of instilling the values of sport and gender equality from the earliest age.

Also, an initiative to promote sport among immigrant women was launched in 2015 and ran for 2 years. This project was called “Be Active” and initially aimed at increasing the sport participation rate of immigrant women coming from 42 different countries. Different stakeholders were involved in this project, such as our health and social services.

In addition to increase their sport participation, this project enabled women to feel more integrated to the Finnish community. Indeed, most of the women did not speak the language before and improved their skills through this programme. I remember seeing women riding a bike or swimming for the first time, and I feel very fortunate to have experienced this with them. As I myself emigrated from Afghanistan, I am very much aware of the mentalities some communities might have towards women’s and girls’ participation in sport activities. To see these women open up particularly touched me.

The most recent initiative was the project “Hundred Acts for Gender Equality”, developed for Finland’s 100 years of independence at a national level. Helsinki worked very closely with different organisations to set up the project. For example, the Finnish broadcasting company launched a campaign on several national sports TV programmes to show statistics demonstrating that very few women athletes are put forward on TV, newspapers and radio.

How does it feel to be one of the few women leaders of a sport city and what are your intentions for the future of women’s sport?

Generally-speaking, Finland has a strong policy in terms of gender balance – all current Deputy Mayors are women with different backgrounds. However, when it comes to the sports field, it is still male-dominated. I am working both for culture and sport and the difference is striking. I must say I feel very privileged and lucky to be in this position.

In Helsinki, we very much focus on the quality of life of our inhabitants and therefore, we are eager to invest in culture and sport. This makes it much easier to keep things moving in a relatively fast way.

However, I believe that changes in gender equality can happen faster. We have to believe in it and take concrete actions to improve the situation. As a young woman that just started working in the sports field, I have to stay optimistic and take my space. As Megan Marceau said, “If you are not invited to the table, you have to create your own table”. Women shouldn’t wait for an invitation and I am more motivated than ever to create my own table and collaborate with the different sectors to keep bringing positive changes. 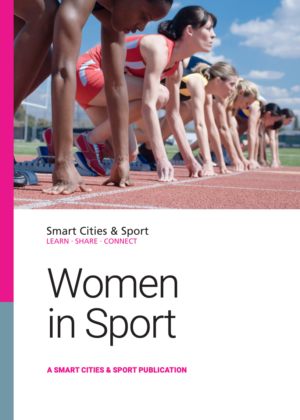 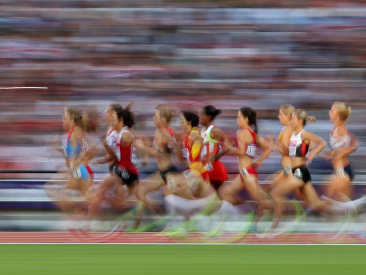 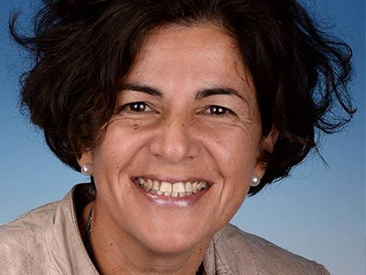