Esports: the next big opportunity for cities? 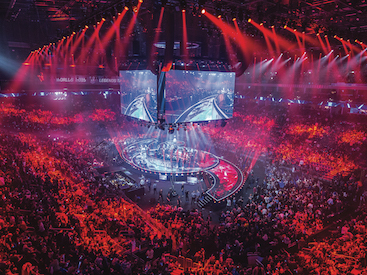 “In recent years, teenagers and young adults have started to fill arenas in many cities around the world, not to see their favourite athletes perform or attend a show of their favourite band, but to watch experts playing video games.”

We take a look at the “esports” phenomenon, with contributions by Chester King, CEO of the British Esports Association, and Professor Andy Miah, specialist in sport and new technologies at the University of Salford.

The English Oxford Dictionary defines it as “a multiplayer video game played competitively for spectators, typically by professional gamers.” The British Esports Association details it more: “Esports (electronic sports) is a proven human-versus-human mind game. It’s essentially competitive video gaming. Tournaments usually consist of amateur or professional gamers competing against one another for a cash prize.”

Esports, therefore, involves a video game, a competition between at least two participants called “gamers”, spectators and a prize money. It can be played using PCs, consoles (Xbox, PS4, Wii U, etc.) or mobiles (phones or tablets). The video games that are played can be sport-related, or not.

The question of whether esports should be classified as a ‘sport’ is still debated. In an interview given to Smart Cities & Sports, the CEO of the British Esports Association, Chester King, explains:

“Esports are not a sport. However, they are a legitimate activity in their own right. They are a modern mind game – a chess 2.0 if you like.”

“The top players can earn millions. At the Dota 2 International in 2016 the winning team of 5 players shared $9,000,000 in prize money and the total prize pool for the event was $20,000,000. Players have coaches, managers, trainers and bring travelling fans. Then there’s the spectator side of the game. Like traditional sports, millions will tune in to watch the biggest events – for example, the Eleague CSGO final the other week broke Twitch records, with over 1million live viewers online.”

How do cities get involved into esports?

Cities can get involved in esports by hosting events. Esports events are organised by leagues, each carrying one or more esports title. According to the British Esports Associations, there are between 35 and 40 globally recognised esports titles, the most known being League of Legends, Dota 2 and CS:GO.

All leagues organise many events of many different sizes per year. Cities and event promoters who are interested in hosting an esports event should communicate with their national esports federation.

Why should cities organise esports events?

Esports can bring many tangible benefits to a city, some of which can seem quite surprising.

– Connecting with the younger generations:

According to Andy Miah, Professor at the University of Salford, esports are a great way for cities to recover contact with a part of the population that they had lost. According to data gathered by the British Esports Association, 65% of esports players and followers are between 16 and 24 years old. Up to a few years ago, many of these young people were playing their video games alone at home. Esports provides them with a sense of community, as Andy Miah explains:

“With esports, these gamers are engaged in a global community. Cities can play an important role by providing them with a space to be competitive and creative within a community. In a certain way, it is an opportunity for the older generations to do something meaningful for the younger generations – a way to rebuild communities.”

On top of this connecting with younger generations, the British Esports Association considers that esports bring other important social benefits, as explained by Chester King:

“Partaking in esports as part of a healthy balanced lifestyle is positive – it promotes teamwork, good communication and taps into that competitive spirit. In this way, playing esports can improve one’s mental health. It also brings a sense of discipline: a lot of the top pro players now have training and gym schedules, sleep well, and some teams even have top chefs on board cooking healthy meals for the players.”

Hosting an esports event is the opportunity for a city to reimagine itself digitally, according to Andy Miah. Indeed, esports competitions can be organised in any regular sports hall, though state-of-the-art digital technologies are required:

“Esports fans that attend an event do not only follow the competition on a big screen, they use their own mobile devices to get additional data from the event organiser. This requires digital investments made in the venue that is used for the event. But these investments are worth it. Regular sports events will have to adapt their events to this reality for other events, so hosting an esports event constitutes an opportunity to adapt sports events technologically, which will be a huge benefit for hosting sports events in the future.”

What’s next? Esports as a way to promote physical activity

“The definition of esports is still evolving, and this makes it a much bigger opportunity for a city. The idea is to apply digital technology to the practice of a physical activity. As of now, certain interfaces allow practitioners to advance into a digital game by doing skateboarding tricks, or play basketball on a specific court in a city. Others allow you to go for a run and, at the same time, to be part of a story in a virtual world. (…) I believe this is the future for esports: to bring it even closer to the practice of a sport activity.”

Although not being currently considered as a sport, esports can still bring many opportunities to a city; opportunities that will enable them to enter into the new digital era.  This is why more and more governments and cities worldwide are getting involved in this phenomenon, confirming the legitimacy of esports as an activity ahead of its time. 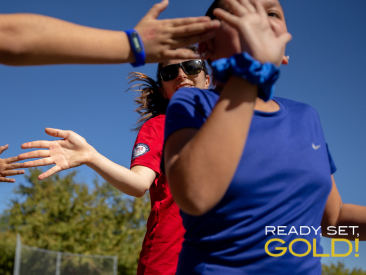 Sport Is Your Gang, an initiative from IFMA

“Rather than belonging to a gang or participating in a violent lifestyle, the spirit of the project is that sport can become a family, a team and a community.” 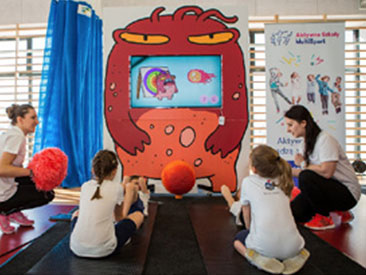 “It has been nearly 10 years since WHO published its Global Recommandations on Physical Activity and Health. This means that nearly a decade ago, countries and the general public have learned that physical inactivity was identified as the fourth leading factor for global mortality.”